It is mainly found in Argentina. A very much reduced population still survives in Chile, and migration of some Argentine populations to Uruguay has been reported for the winter months. Sometimes strong westerly winds bring some individuals to the Falkland Islands.

Its natural habitat is the arid bush steppe community known as Monte.

The following four subspecies are currently known:
The larger the red abdominal patch, the larger the better quality of the bird. In a study of around 40 pairs, the males with the largest and most intense red patches paired with the females with the same. This carries down so that pairs tend to have the same size patch. Nestlings from males with large more intense patches also grow faster and weigh more. 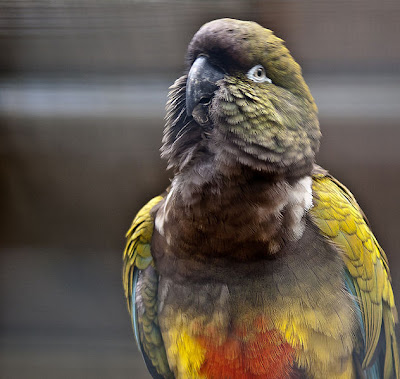 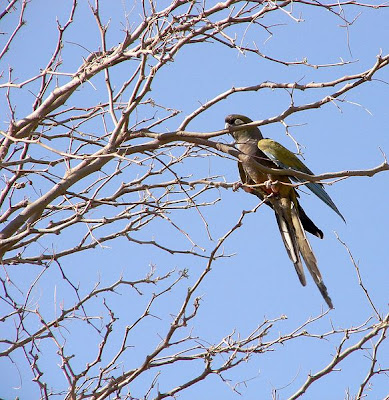 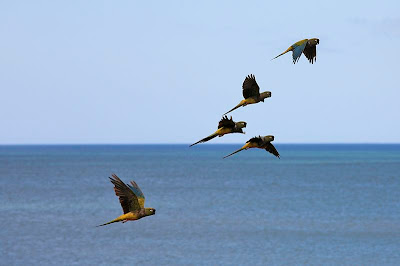 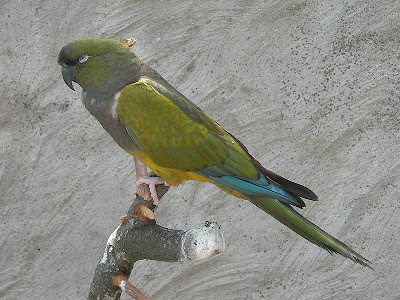 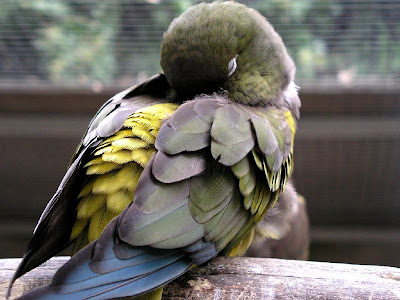 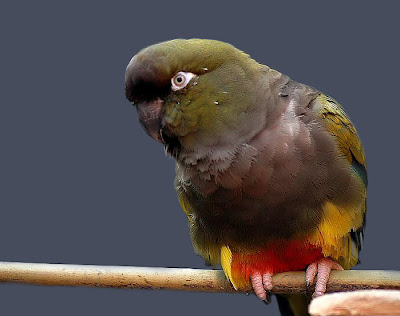 Posted by Unknown at 2:51 AM
Email ThisBlogThis!Share to TwitterShare to FacebookShare to Pinterest
Labels: Parrots
Older Posts Home
Subscribe to: Posts (Atom)